To follow Jean-Luc Jaboulay and start participating in AviationClub, sign up now ! It only takes a minute.

Paris, France
I joined the Air Force in 1987 as a student pilot, and got my licence in 1990.After having flown C160 Transall for five years with a lot of different destinations, ...
More about Jean-Luc Jaboulay 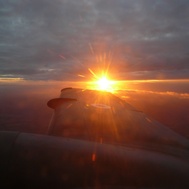