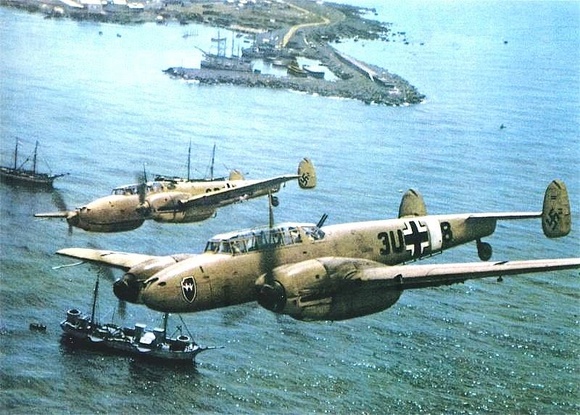 Who'd have thought that of 6,170 examples of the Messerschmitt Bf110 series that were built, just two intact specimens would survive seven decades after the hostilities ended. Surely there should be more examples of this elegant and capable twin remaining to remind us of the role it played during WW-II! We still live in hope that one day, a single example may yet take to the skies so we can once again marvel at this impressive aircraft!