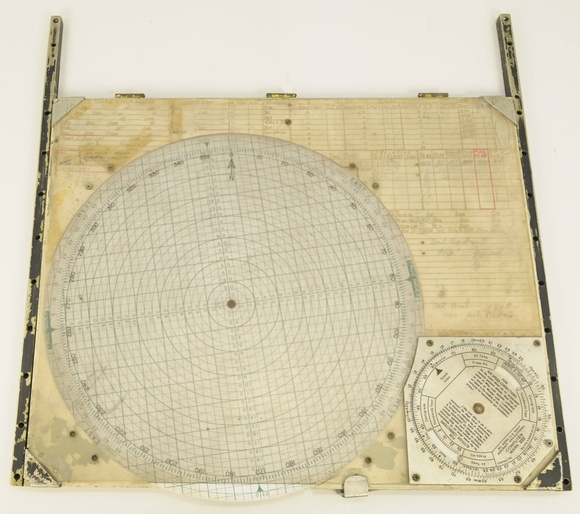 This plotting board was used by Lieutenant (junior grade) Joseph Smith during the Battle of the Coral Sea when, while on a scouting mission from the carrier Lexington (CV 2), he spotted Japanese aircraft carriers and their escorts. The day was May 8, 1942, seventy-three years ago today, a historic one in naval warfare in that it was the first naval engagement in history in which the opposing forces never came within sight of one another, their respective aircraft instead striking the blows.