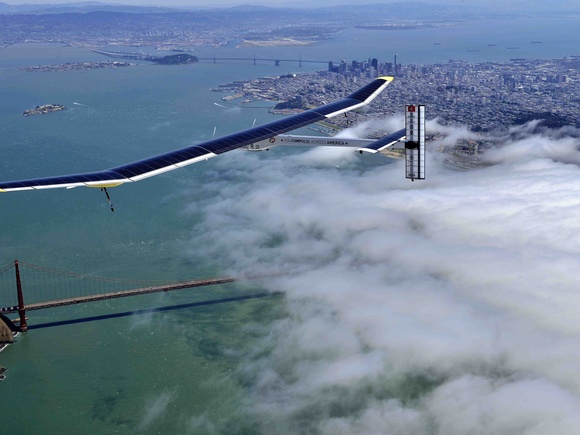 Exciting upcoming Technological Developments in the world of Aviation

Exciting upcoming Technological Developments in the world of Aviation

It is easy to overlook the pace of aviation’s development since the advent of controlled flight at the turn of the 20th century. From the start aviation has had its naysayers. Among them the president of the Royal Society:

Franklin Delano Roosevelt had his own reservations about the military capacity of aviation.

“It is highly unlikely that an airplane, or fleet of them, could ever sink a fleet of Navy vessels under battle conditions.”

The irony being it was he who was forced to deliver the Infamy Speech, in 1941, after the Japanese attack on Pearl Harbour.

If these two quotes tell us anything it is that the developments that have transpired in the intervening years should encourage us to be optimistic for the future of aviation. There is no doubt that we are beset by countless challenges that must be faced in the coming years. But if there is one point I cannot make clearly enough, it is that human ingenuity is not to be underestimated.

Chief among the challenges to the future of aviation is the need to improve efficiency. This alone would resolve growing concerns of bursting capacity, rising costs and environmental impacts.  Rising spending power from newly industrialised countries has been a major contributing factor to these concerns. But restricting access, raising walls and implementing tariffs is not a viable long-term solution. Affordable mass aviation, instantaneous communication and cheap shipping capacity are the keys to our globalised world.

Some of aviation’s early problems are resurfacing in new technology. Early aircraft lacked scalability due to their energy constraints; any increase in size was hampered by increasing fuel requirements. This is one the biggest single impediments to the development of solar powered aircraft. The viability of photovoltaic cells, like those found in the Solar Impulse, are unlikely to be used commercially due to the inefficient conversion of sunlight into electricity and the increased air resistance and wingspan required to generate power for larger aircraft.

With the viability of solar powered aircraft unlikely to generate much in the way of commercial improvements any time soon, where is the industry turning? In the short-term improving fuel efficiency is the main goal; newly developed aircraft like, the 787 Dreamliner, offer considerable improvements over the 747.

The possibility of geared turbo fans is picking up its own share of interest. Lufthansa and Qatar Airways were quick to buy into the technology, which can offer a 15% efficiency improvement over existing models.

Pratt & Whitney’s PW1000G is the leading model. Vietjet (Vietnams first private air carrier) signed a $3bn dollar deal to use the engine on its 63 Airbus A320 and 321’s.

The slow replacement rates of legacy fleets mean any large improvements in efficiency in the sector are still a few decades off. The possibility presented by hybrid aircraft offers real potential longer term.  Dr Paul Robertson of the University of Cambridge collaborated with Boeing to produce a working hybrid aircraft. Their demonstration used 30% less fuel than a comparable aircraft.

Developments in battery technology have been critical to the improvements field. Traditional lithium ion batteries are too heavy and lack the energy capacity to be of much use in aviation. Lithium polymer batteries, like those found in laptops, offer better performance and lighter weight.

There is increasingly demand from customers to stay connected whilst in the air; this first manifests itself with the air telephone of the 1970s. Consumer expectations have changed dramatically; on-board Wi-Fi has begun to feature on many business flights. As it becomes readily available it is highly likely to kill in-flight entertainment as we know it.

The aircraft of the future will require lightening fast data transfers. Cabling and wiring concerns are easily overlooked, but they are critical to the behind the scenes operation of all our electronics. Whether or not an aircraft’s wiring is correctly insulated, so as to prevent interference from communication systems, is not something passengers should be worrying about. However, insulating technology like this is undergoing significant refinement and is a field that is only set to grow. Secure wiring is not only imperative in civilian aircraft, but has even greater implications in the defence sector. The F35 is set to feature an effective suite of sensors that relay information to the pilot in real time. The aircraft’s cost overruns have been in part due to concerns of hardware and software vulnerability to cyber attack. As systems get more complex the risk of them being exploited grows considerably.

The improvement facing civilian aviation is not confined to engines and communications but extend to the essentials of the passenger experience. Fitting more passengers onto one plane has its benefits from an airline and industry perspective. Aside from improving profit margins, it also reduces carbon output per head and goes some way to alleviating capacity challenges.

France’s Zodiak Aerospace has released new designs for its HD31 concept for economy class cabins. Using a hexagonal layout with forward and backward facing seats you can fit more people into less space whilst simultaneously improving leg and shoulder space. Despite this the designs have been attacked by passenger groups saying they pack passengers in like sardines. Sadly the current state of economy class isn’t to be admired and the layout would likely offer considerable improvement on all accounts.

There are additional benefits to having some passengers facing to the rear. These seats do make substantial improvements to survival outcomes in the event of a crash. The forces of rapid deceleration are absorbed through the seat rather than a narrow seat belt compressing internal organs. This layout is the default on military transport. The historical lack of implementation on airlines has been psychological and cost based as such layouts are likely to make some customers uncomfortable. British Airways spearheaded its new Business Class layout “Club World”, which features rear facing seats, the implementation of which make great improvements to passenger comfort. The position may also reduce the instance of DVT as the head is kept slightly above the feet whilst cruising.

The whole nature of flying is in the midst of a seismic shake up. Now is perhaps the most thrilling time to be an aviator. What we do is being redefined daily; by finding ways do things more efficiently we extend what is possible. Nowhere is this more visible than SpaceX. Whose ideas of reusing space craft fuselages as we pilots do every day will revolutionise what is possible beyond the skies we call our home. No doubt this will be the topic of my next post.

Shared by Henry Martin Other articles