On 5 May, Aeroflot flight 1492 returned to Moscow not long after takeoff after suffering an unknown failure and a hard landing resulting in a large fire. Russian authorities report that 41 people have died. 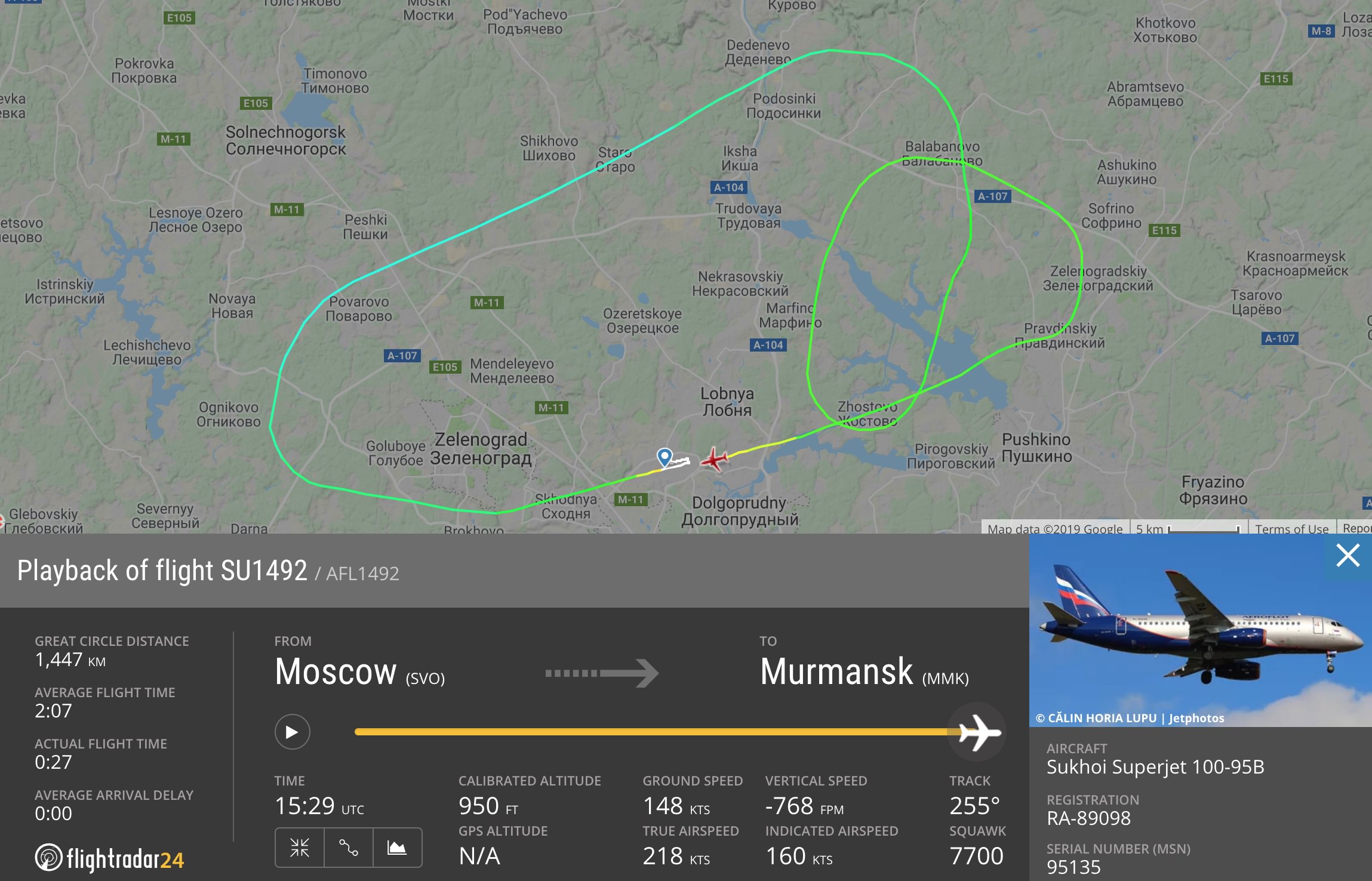 We’ve since processed additional granular data from Aeroflot flight 1492 including the landing. Our systems initially noted erroneous data contributed by a single receiver, leading to the last moments of the flight not being displayed on the website. Other receivers in the area captured that data and it is available for download below.

SU1492 was operated by a Sukhoi Superjet 100-95B that first flew in June 2017 and was delivered to the airline in September 2017. The aircraft was operated by two PowerJet SaM146 engines.