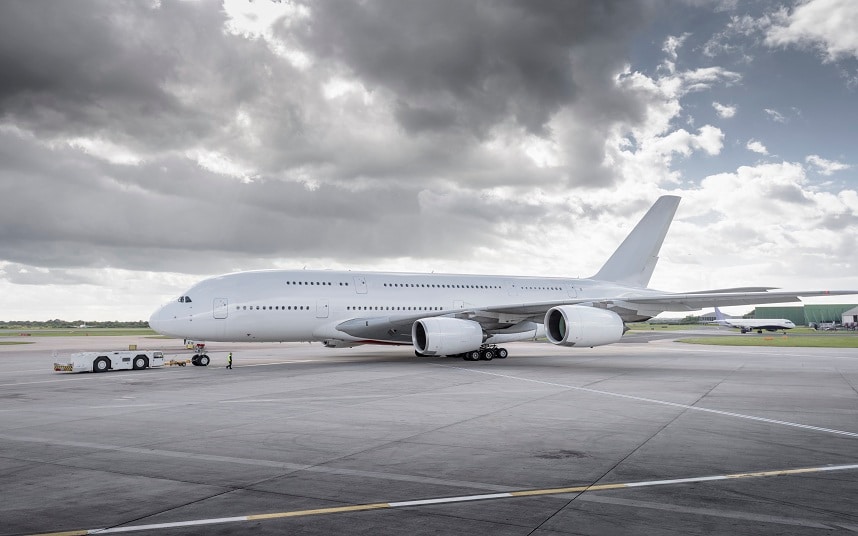 The future of the world’s largest passenger jet has received a shot in the arm after an aircraft unable to find a home and put into storage nearly six months ago was given a new lease of life.

An A380 superjumbo operated by Singapore Airlines was returned to the Dr Peters Group in November who, unable to find another airline to take it, mothballed the plane at a facility in Toulouse. The move was indicative of the struggles of the huge Airbus jet that saw its popularity plummet in the face of smaller, more fuel-efficient aircraft.

But this week Hi Fly, a Portuguese leasing airline, announced it would be taking delivery of its first A380, making it the fourth European carrier to operate the double-decker plane. The serial number of the aircraft has not yet been confirmed but its cabin configuration matches that of the Singapore Airlines aircraft.

Hi Fly’s decision to take on the jet shows it believes there is still a market for the A380, which seats 525 passengers in a three-class cabin. The charter airline is currently providing a number of carriers, including Norwegian, with cover in the forms of A330 and A340 aircraft after problems with the engines on Boeing’s new 787 Dreamliner.

“Hi Fly is taking delivery of its first A380, the world’s largest and most spacious airliner,” it said in a post on Twitter. “The arrival is a major event for the company, making it the first Portuguese and the fourth European airline operating the model.”

It posted an image of the A380 in Hi Fly livery, and has said that it plans to fly the A380 with a “truly luxurious” interior.

“This acquisition has been part of our company's plans for a while,” said president Paulo Mirpuri. “It is a very proud moment for Hi Fly.”

British Airways, Lufthansa and Air France are the only other airlines in Europe to operate the A380. Emirates, Singapore Airlines and Qantas are other key users.

The news will be of some relief to Airbus who have spent recent years struggling to secure the future of superjumbo. Last year it looked like the A380 production line could be scrapped as Emirates wavered on an agreement to place a bulk order for the aircraft. The UAE carrier finally committed to purchase 20, with an option for 16 more, in January, in a deal worth up to £11.5 billion. The A380 is the world's largest passenger aircraft CREDIT: ALAMY

At one point last year, such was the lacklustre demand for the superjumbo, leasing company Amedeo, which had eight A380s on its books, decided it would launch its own airline because it was unable to find anyone to borrow the planes.

Industry commentators have long speculated that the A380 programme is on the way out, with many saying that the gargantuan costs of operating such large aircraft were underestimated from the start.

In July last year, after a series of ups and downs, Airbus announced it was drastically reducing the number of A380s it would be producing in future.

Reporting half-year figures, it said that “considering the current order booking situation”, deliveries of the A380 will be reduced to just eight in 2019. At 2016’s Farnborough Airshow the company said it would slow production to just 12 a year by 2018, down from a rate of 27 the year before.

Aviation analyst Saj Ahmad from Strategic Aero Research said at the time: “Cutting the A380 underlines the marketing disaster that belies the programme and that Airbus is realising that even life support has to be turned off - and it’s evident that day looms closer.”

Calling the superjumbo a vanity project that “needs to be killed off”, he said it was almost definitely “facing the barrel of execution”.

Independent Air Transport consultant John Strickland told the Telegraph: “The A380 is a well regarded aircraft by airlines which operate it and by customers flying on it. Generally however, twin-engine aircraft such as the Airbus A350 and the Boeing 777 reduce the financial risks involved with filling capacity and operating costs.”

Airbus said the deal with Emirates meant the A380 would continue to be built for another decade. Hi Fly has become the 14th operator of the aircraft, though it is unclear if it will fly under its own colours, but the aircraft’s long-term future will depend on whether any other major airlines decide to invest in the plane.