What You Didn't Know About Airbrush Makeup Vs Traditional Makeup 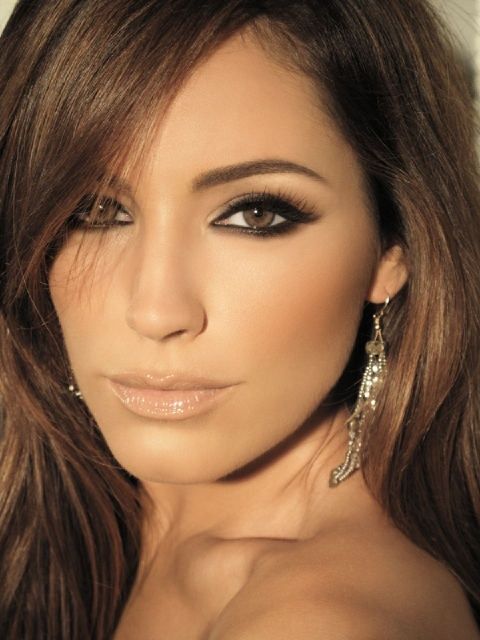 1. Airbrush makeup applied properly is 'invisible' through a camera and on digital/print view.

Reason being that airbrush makeup is sprayed in hundreds of 'dots'.

Similarly, a camera picks up light and displays it in pixels on your computer screen or the LCD screen. Pixels are tiny, tiny dots as well.

Airbrush makeup is applied the same way a camera reads what is infront of it, which is tiny dots of color, which is why it is extremely easy to have 'invisible' makeup with airbrush makeup!

Every skin and person is unique and an experienced makeup artist is able to use different mediums to produce the most 'natural' result for you.

For example, when a person has very dry, parched skin, sometimes using a gel based foundation will work better than airbrush because it will 'tone' and hydrate the skin better than an airbrush makeup will. (depending on the formula and brand)

For example, I look and treat the skin first, then I determine which medium will produce the healthiest look of skin for them that similarly reflects the same skin throughout their body, as if it was at it's optimal, healthiest state.

3. You can achieve the 'airbrush' makeup look with traditional makeup!

Yes an experienced makeup artist with the right layering technique can produce an invisible effect as well.

It just takes more blending and knowledge of deceiving the way light is picked up on the camera. Powder helps this because it is also tiny, tiny dots, similar to airbrushing. It comes out 'softer' looking.

Airbrushing has it's way of having the edges already blended but with traditional makeup, the blending is manual with your brushes.

It depends how it is set and the prep of the skin, and treatment of the skin before the makeup is applied.

40% of the makeup application is in the skincare prep and moisturizing ritual.

If you don't prep the skin well enough, most likely your makeup will oxidize faster, slide, or sweat off in a worse case scenario!

5. Airbrush makeup isn't for fine lines and the elderly and mature skin!

You need a brush to get into the crevices so it all depends on the medium of the artist once again.

For skin that has fine lines, ideally you require a brush to make sure that it can get into the folds for optimal results.

For example, when that face starts to move, you don't want gaps of makeup and areas with no makeup when the skin stretches!

After, make sure that you set it with powder so that it prevents creasing.

6. Airbrush makeup is great for covering blemishes, especially ones that are patchy!

If you go in with a brush and makeup, you need to blend out the edges to make sure that the concealed area is blended well.

With an airbrush gun, it delivers the already blended area immediately and all you are required to do after, is to powder the concealed blemish.

It also prevents you having to go in with a brush that disturbs any patchy, flaky skin otherwise. You can avoid it with a patting motion but most cases, it's easier and can be faster to apply with an airbrush gun.

A lot of people like to 'hype' up airbrush makeup but truth is, it is just a tool and an option to make some applications easier to apply versus traditional makeup.

It's skill over the tool, and the purpose of why it is used, not just the tool itself.
(For example if I gave a 10 year old an airbrush and a paint brush with some paint, it doesn't mean airbrush would be 'better'.)

It does give a different look to your makeup that is unlike any other finish because it's sprayed on, but improperly applied it can look even worse than if you applied your own foundation traditionally!

If you're looking at this in hopes to see if you should invest in an airbrush machine, I would advise to skip it. The idea seems more promising than the reality where you have to close your eyes to 'guess' where you spray your makeup. Not to mention the difficult steps to cleaning your airbrush gun and machine too. It always has to be clean and properly taken care of or it will clog!

If you're trying to decide airbrush vs traditional makeup with an artist, look at their work on the difference.

The best way to indicate if the artist is good for you is if you were to look at their before and afters without the use of professional photography and post editing in Photoshop. You can determine their skill level and work if they're able to deliver that result to you that you wish for that way, rather than judging if they are an airbrush artist or not.

In this industry, I've met fantastic artists that choose not to use airbrush makeup as a medium because they're extremely skilled with traditional makeup.

Good luck on your search!  Maybe you are interested in testing product for free, here is a big chance, view more: Test Makeup Products Free

Shared by sanny111 sdfs Other articles