How To Turn Qualified Pilots Into Competent Pilots 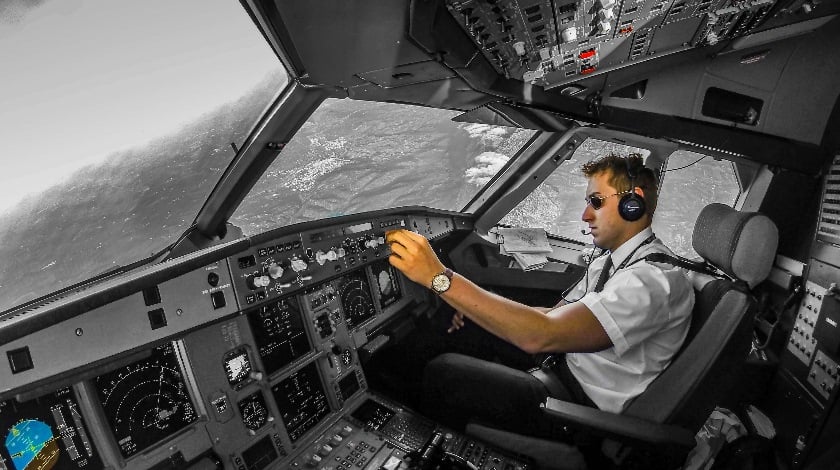 The European Aviation Safety Agency is working with airlines on a pilot training course that leads to an enhanced qualification. This is being done because the present system produces pilots with licences that make them legally qualified to fly, but half of whom – according to the airlines – are not good enough.

The relatively new Multi-crew Pilot Licence (MPL) course was designed specifically to meet airlines’ need for flightdeck-ready co-pilots, but the requirement for an airline to commit to an MPL student early in the course – and vice versa – put many airlines off the idea. It also produced “white-tail” co-pilots if the sponsor airline’s recruiting plans took a hit from a business downturn at any time during the course, right up to licence award.

Such MPL anomalies are being fixed, but in the meantime industry is looking for another way of producing right-hand-seat-ready co-pilots without ties or limitations binding either party. The new European Airline Pilot Certificate (APC) course looks as if it might be an answer.

The long-anticipated APC, kept under wraps during its development, received its first real public airing at the Royal Aeronautical Society’s International Flight Crew Training Conference in London in September.

EASA’s flight crew licensing rulemaking officer, Garda Pardatscher, says the agency will recognise the APC, but at present it is expected to be guidance rather than a new or replacement licence. It may, in time, become an acceptable means of compliance with existing licensing regulations, she believes.

The EASA Aircrew Training Policy Group (EATPG) has been working on a solution to the clear inadequacy of the present commercial pilot licence/instrument rating (CPL/IR) system to produce airline-ready co-pilots.

The simple CPL/IR produces pilots qualified to fly light piston twins on their own, while airlines need a lot more than that. But for many of those student pilots who follow their CPL/IR course with a basic multi-crew co-operation (MCC) and a jet familiarisation course, their performance still does not impress the airlines sufficiently to result in a job offer.

In June, EASA published a notice of proposed amendment stating its intention to update the theory syllabus that pilots have to learn as part of their MPL, CPL/IR, and air transport pilot licence (ATPL), in the light of significant changes in flightdeck technology and in the operational environment.

“It is important that student pilots are taught theory which reflects the operational environment they will encounter as professional pilots,” the agency says. “The proposal aims to ensure that the pilot training syllabi will bridge the gap between theory and practice, helping pilots to apply their knowledge and develop the right skills and attitudes even before they enter the cockpit for the first time.”

Capt Tanja Harter, the chairman of the International Federation of Airline Pilots Associations’ human performance committee, says: “Approximately 50% of applicants are not qualified for the industry although they have licences.” She adds that there are about 7,000 pilots in Europe with commercial licences and no job.

Between 10% and 50% of newly licensed pilots get a job within a year of graduation, and 50% of those will never get work with an airline.

Ryanair’s head of training, Capt Andy O’Shea – who has been one of the industry’s representatives on the EATPG – presented details of the APC. The purpose, he says, was to design a course that produced genuinely industry-ready co-pilots for airlines by bringing together the CPL/IR course with a more substantial MCC and jet familiarisation component, resulting in “an enhanced level of knowledge and skills” in the graduate. Like the MPL course, the instruction and assessment are performance- rather than syllabus-based, and O’Shea says the APC can be generic or airline-specific.

Ryanair, having recently considered the MPL route for training its future co-pilots, rejected it in favour of starting its own airline-specific APC for selected CPL/IR graduates from various flight training organisations.

Ryanair puts them through a computer-based distance learning course and classroom study including airline orientation instruction, swept wing aerodynamics and enhanced systems training. Then the students will carry out a thorough Ryanair-designed MCC/jet orientation course in a sophisticated flight simulation training device.

This will provide instruction in crew resource management to airline standards, operational training, and finally a type rating for the Boeing 737-800. O’Shea describes the APC process as an “enhanced MCC”.

The first of Ryanair’s APC cadets have just completed their e-learning course and are beginning their classroom theoretical training. These include some who have done an MCC following their CPL/IR, but O’Shea says the plan in the long run is to take selected cadets with a basic multi-engine CPL/IR and put them through the APC. Graduates will not have to pay up front, but will repay the investment through a six-year bond while flying with the airline.

Ryanair is not alone in deciding it needs to do something to improve entrant quality, and the evidence-based approach to recurrent training is increasingly being taken up by airlines.

Evidence from accidents and incidents over the past couple of decades is that poor decision-making by the crew has been a causal factor in most of them. Conversely, in situations where crews have successfully dealt with complex failures – such as the US Airways Airbus A320 Hudson River ditching after a multiple birdstrike took out both engines, and the successful recovery of Qantas A380 flight QF32 after a catastrophic uncontained engine failure – the success was due to high quality decision-making.

An objective for the training industry, then, is to find out what enables pilots to make good decisions in complex – and possibly unforeseeable – situations, and somehow to inculcate this ability during training, whether ab initio or recurrent.

Airbus has been researching the nature of successful airline pilot decision-making, using academic input and studies of how – in real-life near-accidents – pilots chose the course of action they did.

The conclusion was that, under pressure, a mental process Airbus has called “recognition-primed decision-making” (RPDM) is the most effective. Airbus’s head of training strategy, Capt David Owens, described the components that enable RPDM: “It depends on accurate recognition, strong situational awareness and true experience.” That reference to “true experience”, he explains, does not mean simply accumulated airborne hours.

Owens says that knowledge obtained through a study of the experiences of others can contribute to this process. He gives the example of the DHL A300F crew near Baghdad who lost all hydraulics in a missile strike and made a successful landing using only engine power to control the aircraft. The DHL commander had read the experience of a United Airlines McDonnell Douglas DC-10 crew at Sioux City, Iowa, who controlled and landed their aircraft using throttles only following the loss of all hydraulics.

The RPDM process is to “detect, recognise, recall, react”, Owens says. This is the optimum decision-making process for pilots because time is usually limited, and major components of esteemed aviator characteristics are good airmanship and personal resilience. And it can be “trained in”, he says, provided the trainee has a professional attitude and wants to gain expertise.

Over the past few years the training industry, airlines and regulators have been working through theories about what is lacking in today’s training that allows misapprehension accidents such as Air France 447 – and many others before and since – to happen.

On the way they have identified a series of key issues that need to be addressed, including: adopting competency based training and licensing at the ab-initio level; adopting evidence-based training at the recurrent level; endowing pilots with levels of knowledge and skill to give them the resilience to handle the “startle” effect of an unexpected malfunction, or to manage a “black swan” event – a combination of circumstances that are unforeseeable and for which there is no laid-down drill.

There is also a dawning realisation that the existing syllabus-based training system does not address the specific skills needed for modern high-tech, highly automated piloting, so the new competency based system had better address it.

It seems the solution for the black swan event is RPDM, but this can be practiced effectively only by resilient experts. So all the industry has to do is make its pilots resilient experts who understand how to make the best use of the amazing but complex environment that is the modern flightdeck. Simple.